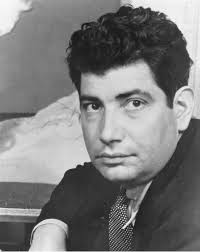 A shout out to Turner Classic Movies for giving me an opportunity to see this flick after harumph years, uncut and commercial-free. I remembered it as disturbing and stilted, but maturity has given me new insights (I think I last saw this film when I was about 12). Man, what a movie!

What’s interesting about The Black Cat are the following three things, in this order:

1. Bela Lugosi and Boris Karloff together without monster makeup!

3. How can such an awful movie be so amazingly mesmerising?

Let’s take these points in reverse order, after a brief plot summary.

While on honeymoon in Hungary (huh?), milksop idiot couple Peter and Joan Allison (David Manners and Julie Bishop under the stage name of “Jacqueline Wells”) find themselves sharing a seat with kindly but creepy Dr. Vitus Werdegast (Lugosi) and his hulking manservant Thamal (Harry Cording). There are accidents, and the foursome end up at the home of Werdegast’s best friend/arch enemy, Hjalmar Poelzip (Karloff). While Joan recovers and Peter stumbles about moronically, Werdegast plots to kill Poelzig for his having married and killed Werdegast’s wife and daughter (or so he thinks).

When the truth is revealed and the idiot milksop couple hopelessly entangled, the reality is far more sinister than even Werdegast had imagined. In a fantastic climax, the evil Poelzig is flayed alive by Werdegast (who, despite being nutty as a fruitcake, is the good guy here) who then is shot by a misunderstanding Peter, and the milksop idiot couple move on to the milksop idiot denoument. The (very rushed) end.

Yes, it’s pretty much Standard Horror Plot #37 with a couple of nice twists. One of them is that Lugosi’s character is frightened to death of cats, so much so that he kills one in front of everyone (and nobody bats an eyelash). This is the movie’s only connection to the Edgar Allan Poe story on which it’s ostensibly based.

What makes this movie stand out from the thick river of horror movies produced around the same time is that so much of the actual horror is understated or imagined rather than actually seen by the viewer. This is as close to radio as a horror movie is likely to get!

Instead of blood, guts, gore or monsters to keep up on the edge or our seats, director Ulmer uses eye-poppingly gorgeous Bauhaus sets, costumes and hairstyles, and extremely Ayn Rand-ian performances from Karloff and Lugosi. Their “creepy” phasers were set on “kill” in this one. Stripped of their usual arsenal of makeup, they rely on their great chemistry to light up the set, and they do so easily every time. The architecture of the house and interior sets are so stunning that it should get third billing, behind Karloff and Lugosi but ahead of Manners and Bishop. As another reviewer noted, “architectural nuts probably rent this movie as architecture porn. The house is that cool.” She’s absolutely right.

Once it’s revealed that Karloff (who beautifully underplays his evil) is a Satan worshipper who sacrificed his wife (Werdegast’s former wife) and married Werdegast’s daughter (I told you this was hella creepy!) and has his eyes on sacrificing Joan Allison to the nether gods, we speed all too rapidly to the finale. The first two-thirds of the film are all just getting to the house and then Lugosi and Karloff threatening each other as only old pals can, the last 20 minutes literally fly by with action.

The climax, as I mentioned above, is really quite stylish and stunning, ruined only by the ridiculous denoument, which any viewer of The Rocky Horror Picture Show will have seen coming a mile off (incidentally, this is not the only influence The Black Cat had on Richard O’Brien’s little moneyspinner).

Most “bad” movies are laughably bad, easy to dismiss. This one is laughably bad in a load of places (have I mentioned Karloff’s hair? Chant it with me now: KAR-LOFF’S HAAAAAAIIIIRRRR!), but is hardly easy to dismiss. That’s probably why it still stands out 70 years after it debuted. If you’re ready for something off-beat, classic yet wonderfully dated, silly and scary all at the same time, you are ready to cross paths with The Black Cat.